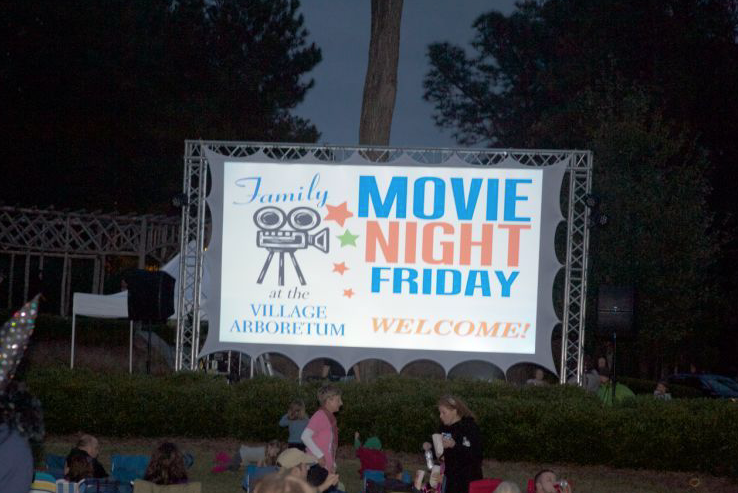 Original Article posted by The Pilot:
http://www.thepilot.com/opendaily/park-adds-new-dimension-to-village/article_1870f0ea-f7cd-11e3-8d47-0017a43b2370.html
By Norma Stilwell
Photography Courtesy of Village of Pinehurst

In the Village of Pinehurst, nearly nine miles of well-ordered greenway trails loop through and intersect the quiet charm of this old-style New England community.

But perhaps one of the most impressively historic parts of the greenway, nearly a two-mile trail, winds through Rassie Wicker Park, where the past and present have been thoughtfully and beautifully blended for its preservation and future.

The very name of the park hails back to the earliest days of Pinehurst, when young Rassie, just a young boy of 10 who taught himself to read from the Sears Roebuck catalog, visited the Village from the outlying parts of the Sandhills and was reportedly fascinated with seeing trolley cars and electricity. A year later in 1903, Rassie’s family, who were skilled in carpentry and blacksmithing, moved to the Village.

His interests were piqued while he educated himself through his many Village jobs, including the town’s electrical system, printing on a small foot-driven press, operating the hand-cranked movie projector, and working in the Pinehurst Drug Store on one of the original Tufts’ family soda fountains.

Perhaps most significantly, Rassie’s engineering skills can be credited to Leonard Tufts, who instructed him in mechanical sketching before Wicker spent one year at Agricultural and Mechanical College In Raleigh (now North Carolina State University), excelling at drawing and math.

Wicker was elected Moore County Surveyor at the young age of 20. With his surveying skills and a license in Civil Engineering, Rassie Wicker knew every street, water and sewer line, and every lot in Pinehurst.

“Rassie Wicker pretty much laid out the Village, the streets and the lots back in the early 1900s,” declared Andy Wilkison, who has been Village Manager for 25 years. “He was the guy, with boots on the ground, who made sure the layout of the Village was done correctly.

“Wicker was not as well-known as Frederic Law Olmsted and Warren Manning (early Village landscape architects), but basically, his life revolved around establishing this Village.  Naming the park in his honor was the natural thing to do.”

A detailed map, bearing Wicker’s name as the Surveyor, shows the ever-expanding Village in 1959. However, the 100-acre section north of the center of town had no mapped roads, building plots or sewer drawings. It was privately owned and undeveloped—until an out-of-state corporation proposed turning it into an upscale, high-density retirement community in the early 1990s.

Wilkison recalled that there much discussion about this proposal, and most of it was unfavorable.

“The Village ‘fathers’ didn’t like that development idea at the time and it became very controversial,” Wilkison recollected. “The Village Council and the planning board were opposed to the plan, and they turned it down.

“The Council then proceeded to seek to buy the property, mainly for the purpose of the public having it and keeping something of that magnitude from being located here.  So the Village acquired those 100 acres in 1994.”

At the time, there was no planned project for the acreage, an overgrown tumble of trees, vines, weeds, and the site of an old landfill. And then, in an odd twist of fate, less than 24 hours before the land would be signed over to Pinehurst, the village hall burned to the ground.

Finally with a master plan in place for roads and utilities, the Village ultimately decided to rebuild its village hall and police building on a part of the newly-acquired property.  That plan included active and passive recreation facilities since a shift in demographics was bringing younger, more active families into the area that would use the tennis/pickleball courts, hockey and soccer facilities and a children’s playground at Rassie Wicker Park.

Simultaneously, there were thousands of unbuilt lots for development, and the years from 1994-2007 was the greatest period of growth in the Village’s history.

“The Council wasn’t deliberately trying to ‘grow’ the Village,” said Wilkison, “but they were seeing what was coming and they were preparing for it.  They had the foresight that we would need larger facilities.”

Once the municipal buildings and recreation areas took shape on the property, it was time to focus on the acres of woodlands, most of which remained wild and untamed.  It was the undertaking that the local non-profit Historic Preservation Foundation was seeking.

In a textbook combination of the best of public and private sectors working together, the Foundation came to the Village Council with a suggestion.  Foundation treasurer Jim Lewis said it went like this: “You’ve got all of this land over here, so why not develop it into a nice park?”

And, Lewis recalled, “The partnership between the Village and the Foundation began.  They owned the property but the project of developing a plan was the ‘baby’ of the Foundation, and we set about raising funds in 2003.”

A gift of $125,000 from the Pinehurst Resort, part of the proceeds from the 2005 U.S. Open, along with two large anonymous gifts, kick-started the Arboretum project, which was not just the large meadow south of the Village Hall, but included 33 acres with a long-leaf pine savannah and wetlands areas connected by three bridges. The Magnolia Garden and gazebo-like archway serves as entryway and home to 17 different varieties of magnolias.

Totally funded with all private donations, the Arboretum’s public focal point is the stunning Pergola Garden which has recently seen growing popularity as a wedding destination.  And with the completion of the Timmel Pavilion, a 30-ft x 60-ft shelter adjacent to the Pergola and Meadow, events of any kind can be accommodated.

“In the end, we viewed the whole Arboretum as our attempt to do something people would enjoy another 100 years from now,” Lewis said.  “Everything we planned, we tried to do with a quality that would last a very long time. The Pavilion was built with a slate roof, copper gutters and materials that are timeless.”

Following the completion of each project, the Village Heritage Foundation (as it is known now) turned it over to the Village with the understanding that the Village Parks and Recreation Department would have responsibility for upkeep, maintenance, rental and scheduling.

Ashley Hunt, Events Coordinator for the Village, says weddings are booked well into 2014.  Through social media and word of mouth, bookings have increased for social and community events, which have included two Vince Gill concerts and antique car shows.

“The opening of the Pavilion has spurred a lot of interest, both for brides and others in the area,” Hunt offered. “We have also partnered with the PTA at the local elementary school to have ‘Movie Nights in the Park’ with a free family movie.  Not only is it good for the school as a fundraiser, but it exposes folks in Pinehurst to this great space.”

The historic trails through the undeveloped land that the admired Village engineer Rassie Wicker drew in such detail now is an idyllic park which bears his name.  With the same careful detail, the land has been lovingly preserved for future generations of Village residents.