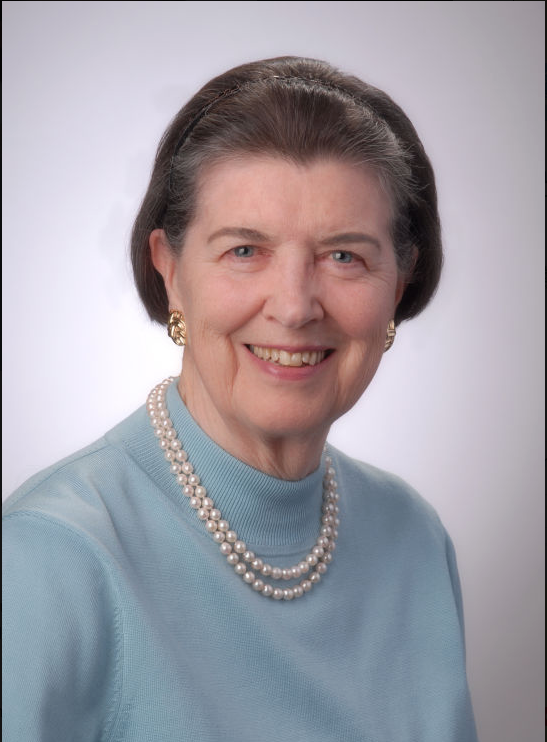 ‘She Had Vision…To See It Through’

During her 35 years in Pinehurst it wasn’t uncommon to see Joyce Franke walking through the Village of Pinehurst taking in its beauty, noting each and every detail.

It was Franke’s passion for music and the arts, architecture and landscaping, and her attention to each and every detail that led her to be an instrumental figure in the the creation of two of the Village’s most popular assets: the Village Arboretum and the Pinehurst Fair Barn. She was also an ardent supporter of the newly renovated Village Green.

Franke, 83, of Pinehurst, died Sunday at her home. A celebration of her life will be held at 10 a.m. Friday at the Fair Barn.

“Joyce was a real giver,” said Pinehurst Village Manager Andy Wilkison. “She played a key role in the development of two of our most important assets — the Fair Barn and the Arboretum. The Village owes her and her family a big debt of gratitude.”

Pinehurst Mayor Nancy Roy Fiorillo and many others noted Franke’s positive impact on the community.

“It is a very sad day when we lose such a vibrant citizen who made such a difference in the Village in so many ways,” Fiorillo said. “No one could ever take her place. No one has ever spear-headed so many projects that have had such a positive impact on the Village.”

“She was a friend that you could approach and get things done for the betterment of people and the community,” Hayter said.

In 2003, when Franke launched her campaign for the project, the 35 acres next to Village Hall was a tangle of vegetation with piles of dirt and one decaying building.

“It was really ugly,” said Franke, in a prior interview. “There were all kinds of ugly weeds growing there.” She spoke to the Village Council in January 2003, urging that the village turn the acreage into a quiet, pleasant place where residents could enjoy the beauty of nature.

Recently, the Timmel Pavilion, the last large structure on the site, was completed. During the decade of work, with the help of Larry Best of LandDesign Inc. and others, workers moved more than 15,000 cubic yards of dirt to make a ridge, and they planted more than 130 native hardwoods and 2,500 longleaf seedlings along with 100 large shrubs and more than 500 large bulbs in the 35-acre complex.

The North Carolina Symphony and Vince Gill have performed concerts there.

“In the case of the Fair Barn, she could rally people to that cause that didn’t otherwise know each other,” said longtime family friend John May. “She had a big impact on the community. A huge impact.”

She was a member of the Library Board and, along with May, was co-chair of the Library’s “Great Expectations’ fund-raising effort to expand the Given Memorial Library and Tufts Archives with a goal of $8 million.

She was also the 2013 recipient of the Kiwanis Club of the Sandhills’ Builders Cup. The Builders Cup is considered the club’s most prestigious award.

In a prior story, Franke said her motivation to get things accomplished comes from a love of the Pinehurst community combined with personal interests.

“I think it is always better to leave a place in better condition than when you arrived,” she said. “My love of architecture and landscaping is the reason for much of my motivation, and I consider the reasons behind the ‘Great Expectations’ fundraiser to be among the most important things we can do for Pinehurst.

“A good library is the heart and soul of a community, and we need to come into the 21st century,” she said. “Renovations to the library and the planned enhancements to the Village Green will really open up the center of town.”

May said Franke had an uncanny ability to see the best in people and get folks to work together for a greater cause.

Franke was also passionate and opinionated on the Village’s Historic Landmark status, which has been threatened in recent years.

She believed the status was a result of three factors, and that the status couldn’t be taken away so long as residents didn’t destroy any of those factors.

She wrote about those factors in a column for The Pilot.

“… we are not going to lose our landmark status as long as we carefully nurture our landscape,” she wrote in the column.

Hayter called Franke a “valid advocate” for the community who had a great knowledge about her community.

“She had a passion and a purpose about what it means to improve a community,” Hayter said.

Franke was born on March 22, 1930, in Baltimore, to the late Robert and Eleanor Black. After graduation from Vassar, she married the late Robert J. Franke, who died in 2012.

The Frankes moved to Pinehurst from Summit, N.J. in 1978. She is survived by her daughter Elizabeth (Beth) Stevens and husband, Ted of Orlando, FL; and her son, Robert Edward (Ned) and wife, Jean, of Chicago; her sister, Jean McCausland of Baltimore, Md. and Providence, RI; and five grandchildren, Bradley and Alex Stevens, and Emilie, Cecile and William Franke.